Do You Think You Can Get Your Money Out of China Before They Report You to the IRS?

FATCA Update – Less Than One Month to Come Into Compliance 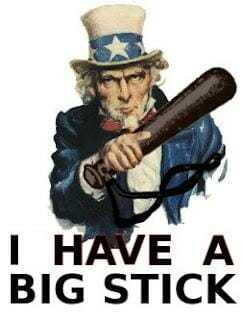 If you are an American taxpayer with an undisclosed overseas account, you need to pay attention to this news. This week, a Florida jury effectively provided the IRS and Department of Justice a VERY BIG STICK in pursuing their relentless efforts to fine Americans for non-disclosure of foreign bank accounts. It doesn’t matter how secure or secret you think your overseas account is. When the government finds out, they will at best relentlessly make you pay civil penalties that can legally exceed the balance of your foreign accounts that you failed to disclose or at worst bring criminal charges that can amount to 3 to 5 years PER violation.

Don’t believe that? Read on…

Taxpayers that have foreign bank accounts are required to disclose them on their individual tax returns (Schedule B, Part III) but more importantly, foreign accounts with more than $10,000 in them in the aggregate require disclosure to the government via an FBAR. Failure to do so results in a penalty of 50 percent of the balance in the account for EACH YEAR that you “willfully” fail to file an FBAR.

In a case out of Florida, Carl R. Zwerner was found to have willfully failed to file an FBAR in connection to an account he had control over for tax years 2004-2006. The high balance in the Swiss account at any point during the three years at issue was no more than $1,691,054 but the jury found that the government was due $2,241,809. That is almost 1.5x the amount of money that he failed to disclose. And that doesn’t include the income taxes that are due stemming from that account. The $2,241,809 represents just the FBAR penalties. Another $1.2 million in other penalties and back taxes was also awarded to the federal government.

Failure to file an FBAR IS in itself – willful conduct?

According to a boastful DOJ press release, the jury determined that Zwerner’s failure to file an FBAR was a willful act, which therefore allowed the imposition of the 50 percent per year penalties. This is a MAJOR win for the Department of Justice and the IRS as they took and will continue to take the position that with the availability of the voluntary disclosure programs, failure to file an FBAR IS in itself – willful conduct.

What does this mean for you? If you are a taxpayer with a foreign account, you need to consult a tax attorney that has extensive experience with the filing of Offshore Voluntary Disclosures. If the IRS finds out about your account (and because of FATCA they eventually will), you will be facing ENORMOUS penalties that will almost certainly greatly exceed the amount of money that your foreign account has in it.

Not only should you be worried about these massive penalties, after the government has financially chewed you up and spit you out, you may be headed to federal prison. With a determination that failing to file an FBAR is willful, the Department of Justice will have a strong case that you also willfully evaded the payment of income taxes relating to your foreign accounts. And for those of you keeping score at home, the DOJ can seek a sentence of up to five years in a federal prison for EACH tax year that a taxpayer evaded the payment of taxes.

We’ve talked in the past about the importance of hiring an experienced U.S. tax attorney to assist with issues relating to an offshore account. This news reinforces that contention. A foreign attorney or a U.S. based CPA may not understand the complexities involved in the law related to the hefty penalties that come with the failure to disclose foreign accounts. Foreign attorneys and CPA’s are also unable to represent you or even give you adequate advice in criminal proceedings brought by the Department of Justice. You deserve both civil and criminal protection from an experienced tax attorney.

So what if you haven’t filed an FBAR?

To recap, if you have an account overseas that you haven’t filed a FBAR for, you are in SERIOUS danger of potentially owing the government two or three times the amount in the accounts themselves AND serving up to 25 years (5 year statute of limitations and 5 years in jail per count) in a federal prison (in reality 3 to 5 years is more realistic as felony counts usually run concurrently during sentencing but 25 years could be held over your head to encourage a plea bargain). At this point, your only hope is to get in on the 2012 Voluntary Offshore Disclosure Initiative. With this program, you can avoid the steep penalties that were levied in the case mentioned above and avoid jail time all together. But it is imperative that you act now. The IRS can discontinue the program (or raise the existing penalty provisions in the program) at any time. To add to the danger, provisions of FATCA will take effect on July 1st 2014 that will REQUIRE foreign banks to disclose the names and account information of American taxpayers. You NEED to make a voluntarily disclose before a foreign bank turns your name over to the IRS or you’re out of luck.

At the Tax Law Offices of David W. Klasing, we have a vast experience in the area of voluntary disclosures and have helped clients sleep better knowing that they won’t be subject to massive penalties or the threat of prison time. If you have an overseas account and haven’t disclosed it, you are at extreme risk. Contact us today and allow us to work for you and enjoy the piece of mind that you deserve.