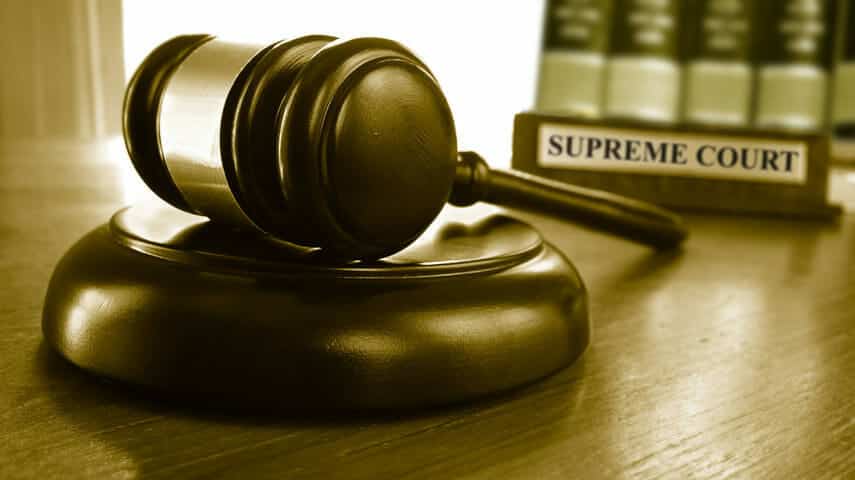 On Thursday, June 21, 2018, the United States Supreme Court may have altered economic history by ruling in favor of letting states collect sales tax from web-based retailers. The ruling, which narrowly passed in a 5-4 vote, is already generating controversy – and with good reason. By increasing the states’ sales tax collection powers, the decision seems poised to increase revenues, injecting state governments with badly-needed cash amid budget cuts and economic turbulence. However, opponents argue the move will place a heavy financial burden on consumers and smaller internet retailers, who were previously unobligated to collect sales tax unless they had a physical presence in the state. Justices from both ends of the political spectrum joined the narrow 5-4 decision, including Justices Anthony Kennedy, Ruth Bader Ginsburg, Neil Gorsuch, Clarence Thomas, and Samuel Alito.

Like any controversial Supreme Court decision, the Court’s ruling in South Dakota v. Wayfair, Inc., et al. (2018) has been welcomed by some, challenged by others.

Justice Anthony Kennedy, who authored the 5-4 decision (which can be read in full here), wrote, “The Internet’s prevalence and power have changed the dynamics of the national economy. This expansion has also increased the revenue shortfall faced by states seeking to collect their sales and use taxes.”

Continuing, Justice Kennedy noted potential shortcomings in the former system: a product of Quill Corporation v. North Dakota (1992) and National Bellas Hess v. Department of Revenue (1967), which stood as precedent for decades – until Thursday morning. The precedents established by these cases, Kennedy wrote, effectively made “a judicially created tax shelter” – that is, a strategy to minimize tax liabilities – “for businesses that decide to limit their physical presence and still sell their goods and services to a state’s consumers.” Indicating that small businesses – upon which Justice Roberts warned the “burden [would] fall disproportionately” – could “seek relief” on a case-by-case basis, Kennedy added that the old system’s vulnerabilities “[could] not justify retaining this artificial, anachronistic rule that deprives states of vast revenues from major businesses.”

What’s not in dispute is that consumer buying habits have changed dramatically since the days of Quill, when the internet was still novel, let alone the Hess decision. When these rulings were issued, “shopping online” was mostly unheard of. By comparison, today’s consumers make roughly $500 billion in annual online purchases – a figure that is only expected to continue growing. Proponents of the overhaul argued that, by not requiring online sellers to collect and remit sales taxes, the old laws were depriving states of billions in tax revenue: between $8 billion and $33 billion annually, to be more precise.

For the country’s largest online retailers, the ruling’s impacts may be minimal. After all, the majority of the top 20 are already in the practice of collecting and remitting sales tax in most U.S. states (with exceptions for states like Alaska and Oregon, which do not impose sales tax requirements). However, smaller retailers are likely to feel the pinch: for instance, individuals or small businesses that sell handmade arts and crafts on Etsy.com, where the average user is a sole proprietor, and the average annual sales narrowly top $1,700. (Notably, the decision triggered a decline of just 1% in Amazon shares, while Etsy’s fell by 4.5%.)

For some, the ruling creates a healthy opportunity for brick-and-mortar models to compete more vigorously with their digital counterparts, who could previously offer smaller price-tags without needing to account for sales tax. As Justice Kennedy wrote, “Quill puts both local businesses and many interstate businesses with physical presence at a competitive disadvantage relative to remote sellers. Remote sellers can avoid the regulatory burdens of tax collection and can offer de facto lower prices caused by the widespread failure of consumers to pay the tax on their own.”

For others, like Justice Roberts, the opposite outcome seems inevitable. “The court’s decision today,” he wrote, “will surely have the effect of dampening opportunities for commerce in a broad range of new markets.”

Of course, this ruling does more than provide fodder for economic discussion: Wayfair has very real ramifications for thousands of taxpayers across the U.S., including a heightened risk of auditing. According to the American Academy of Attorney-Certified Public Accountants (AAA-CPA), online merchants will now assume liability “for every mistake and missing piece of documentation,” which translates to one outcome: aggressive enforcement in the form of sales tax audits.

However, relief may be available for businesses that operate in California. Noncompliant business owners might wish to consider participating in the California Voluntary Disclosure Program (not to be confused with the IRS’ Offshore Voluntary Disclosure Program, which is strictly intended for taxpayers with undisclosed foreign income). The California Board of Equalization (BOE) – most of whose roles are today carried out by the Office of Tax Appeals and California Department of Tax and Fee Administration (CDTFA), creations of the Taxpayer Transparency and Fairness Act of 2017 – established the program to encourage taxpayers to come forward willingly in exchange for receiving penalty reductions. Such reductions generally include waived fees and shortened windows for the assessment of additional tax.

If you have failed to comply with California sales tax laws, you or your business could be at risk for a CDTFA / BOE sales tax audit– and in light of the recent ruling, tax authorities are only going to start cracking down even harder. If greater than $100,000 of sales is found to have been underreported in one quarter a report will be sent to the FTB which will be shared with the IRS that could lead to subsequent income tax audits and potential criminal exposure. If you’ve found yourself in this position, you should consult with an experienced tax attorney – before it’s too late to mitigate the consequences. For a reduced-rate consultation concerning sales and use tax in California, contact the Tax Law Office of David W. Klasing online, or call our firm at (800) 681-1295 right away.