The United States certainly has a tax system that may seem absurd to those who live abroad. Under the laws of the U.S., a resident must report and pay tax on their worldwide income. Thus, a resident of the United States is required to report and pay tax on income made in any country, whether or not an income tax was imposed in the country where it was earned. This is in stark contrast to most other countries that utilize a territorial approach that only tax its subjects on income that is sourced in that country, which cause many to seek tax planning for non-citizens to understand fully what their obligations may be.. Those individuals who know that they will be spending some time in the States generally take solace in the fact that although they will be present in the United States temporarily, they will not be residents, but merely visitors. But that line of thought is not always correct and the implications of assuming you aren’t a citizen for tax purposes can be costly. Immigration Residency and Tax Residency Status are Not the Same

It is important to understand that there is a very large difference between a legal resident or citizen of the United States for immigration purposes and a resident for tax purposes. There are several avenues for individuals in foreign countries to become either permanent legal residents or temporary legal residents in the U.S. through the issuance of green cards, work and school visas, as well as other types of documentation that allows for legal residency. But United States tax law is not particularly concerned with the definition of resident or citizen in the context of immigration, for the U.S. Tax Code and Regulations have their own definition for a resident and it may surprise you.

For purposes of U.S. taxation, there are two primary tests that are used to determine whether an individual is a resident of the United States: the green card test and the substantial presence test.

Congress and the Treasury Department recognized that there are particular instances where individuals are in the U.S. for purposes that do not warrant (for one reason or another) the time to be counted for the substantial presence test. Those who are in the United States for one of those instances are classified as exempted individuals.

Exempted individuals include those individuals who are legally present in the U.S. who are:

A demographic of individuals that generally fly under the proverbial radar could also be considered tax residents. Immigrants who are undocumented and in the United States unlawfully are still subject to the substantial presence test. If an undocumented alien is arrested or investigated by any governmental agency, they may have their information reported to the IRS.

Individuals that would otherwise be deemed to be a resident for U.S. tax purposes can still avoid tax residency status if they fall into the closer connection test. Under that test, a taxpayer is not a resident of the United States for tax purposes if he or she was in the Untied States for less than 183 days in the current year, maintain a tax home in another country, and can demonstrate a closer connection to that country. To satisfy the closer connection test, several factors can be examined to determine if the individual had closer ties to another country. Such factors can include where the individual maintains bank accounts, the address listed on official documents such as bank accounts, bills, and official documents. The test also looks to the familial life of the individual and the location of his permanent home, personal property, family, church, and place of work. The Service will also look at steps of an individual taken in an attempt to acquire permanent citizenship such as applying for permanent residency. This list of factors is not exhaustive as the Service is authorized to look at all of the facts and circumstances around the individual’s affairs when determining residency.

Tax treaties between the United States and other countries are very common. Under those treaties, residents of both countries are generally taxed on preferential rates or treated more favorably than those who are from a country without such a treaty. These preferential rates typically deal with income tax withholding rates on dividends or other payments received that have a U.S. source. In order to benefit from the preferential treaty rates, an individual must determine their tax residency under the treaty. 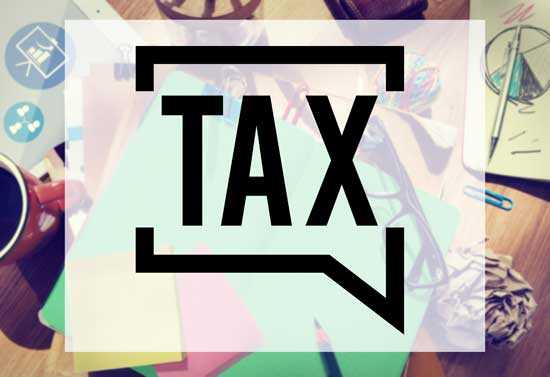 There are often situations where an individual with legal citizenship and residency in a foreign country as well as a tax resident of the United States. When the non-U.S. country is a tax treaty partner, the treaty will generally include tie-breaking provisions that look at other factors such as the individual’s habitual place of abode and center of vital interests. Each and every treaty that the U.S. is a party has its own differences and advice cannot generally be given about treaties in general. A tax attorney is the best asset for an individual who is attempting to seek a residency determination as they can accurately and efficiently interpret the terms of any tax treaty of which the U.S. is a party.

A Tax Attorney is an Integral Part of the Immigration Process

Whether you are a U.S. citizen contemplating a move out of the States or a foreign subject that will be residing domestically, it is in your best interest to consult an experienced tax attorney and allow him to work closely with your immigration attorney to assist in tax planning for non-citizens such as yourself. Although attorneys that specialize in acquiring visas and other immigration documentation, they do not specialize in tax and may not understand the intricacies of the above residency analysis or the other complex issues that can arise when a an individual immigrates or emigrates.