Taxes for Expats in Hong Kong

Taxes for Expats in Hong Kong

For more than one hundred years, Hong Kong was a British colony during which the city and region developed into a port for exchange between the world and China. Hong Kong has also developed into one of the world’s leading financial centers trailing only New York and London in this measure. For many working in the banking or financial industries, the draw of Hong Kong can be irresistible yet many disregard the taxes for expats in Hong Kong even though Hong Kong is often considered a leading destination for career-driven American expatriates. 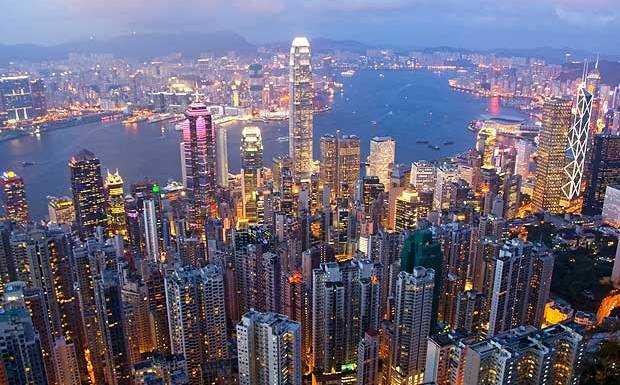 China assumed control of Hong Kong, officially the Hong Kong Special Administrative Region of the People’s Republic of China, in 1997, and since then growth in the area has only accelerated. As a largely autonomous region, Hong Kong enjoys a high-degree of independence in many of its endeavors and it is considered to have one of the world’s most dynamic free-market economies. While Hong Kong is undoubtedly an expensive city to live in, the numerous opportunities and access to mainland China can make it a prudent destination for an American expatriate.

However, U.S. expatriates living in Hong Kong must still satisfy all aspects of their tax reporting, payment, and foreign financial account disclosure duties. The Tax Law Firm of David W. Klasing can help expatriate taxpayers establish and maintain compliance with all of these obligations.

U.S. Expatriates and all Taxpayers Must Disclose Offshore Accounts

In response to perceptions of rampant income tax dodging using foreign trusts, bank accounts, and other account types Congress cracked down by passing or strengthening already existing disclosure laws. One of the laws revamped to better combat offshore tax evasion is the Bank Secrecy Act. The act was originally passed into law to combat money laundering, but its scope has since expanded significantly. Today, foreign disclosure penalties can be imposed for both willful FBAR tax compliance and reporting failures and non-willful, or unintentional, failures. While penalties for both types of violations are severe, the penalties for a willful violation are significantly harsher.

U.S. taxpayers with an interest in or signature authority over a foreign financial account must disclose the existence of the account to the U.S. government when the balance or aggregate balance in the foreign accounts exceeds $10,000. To be compliant, the disclosure must be complete and can only be filed online via FinCEN Form 114. The report is due by June 30 for the previous tax year.

Even non-willful violations are subject to severe punishment. The law has been interpreted such that each year of noncompliance is considered a new, distinct violation. Each unintentional violation of this disclosure duty can be punished with a fine of up to $10,000. When an FBAR failure is due to an intentional attempt to avoid a known obligation or when one independently chooses not to comply, the penalties are significantly more severe, and include criminal tax exposure. Willful violations can, upon conviction, be punished with the greater of a $100,000 fine or 50 percent of the original account balance. Because FBAR violations often occur for a number of years, penalties in excess the original balance are not unheard of. However, pro-active taxpayers can often reduce the consequences they face by making a strategic voluntary disclosure.

OVDP may Offer a Means to correct your Offshore Tax Concerns

Failures to make required FBAR disclosures, file taxes, and pay taxes every year can create serious tax issues. Additionally, expats living in Hong Kong and throughout the world must also navigate a complex array of concerns including double-taxation due the United States’ method of assessing taxes, whether one qualifies for a foreign income exclusion, and FATCA disclosure obligations that may exist in addition to required FBAR disclosures.

If you are concerned that you may have failed to satisfy one or more tax obligation, you may be worried about what will happen when you return to the United States. However, you don’t have to live with this uncertainty and anxiety. Many taxpayers who have made mistakes with offshore accounts and other aspects of their tax obligations have reduced the penalties they owe by coming forward voluntarily. By making a full and complete disclosure of all tax compliance failures, the taxpayer will typically receive a reduced penalty. While the taxpayer will have to pay an offshore penalty, the IRS will typically refrain from pursuing further criminal action against the taxpayer.

If you have concerns about past tax filings and need further consultation on taxes for expats in Hong Kong or have experienced a failure to disclose certain offshore accounts, the time to take action is now. If you come under investigation, OVDP will not be available and you are likely to have reduced negotiating power. The Tax Law Offices of David W. Klasing can advocate and negotiate with the IRS on your behalf. To schedule a reduced-rate tax consultation, call us at 800- 681-1295.