Tax consequences if I decide to immigrate to the U.S.?

How should a trustee document his or her actions?

What is the scope of the Exit Tax?

Tax consequences if I decide to immigrate to the U.S.? 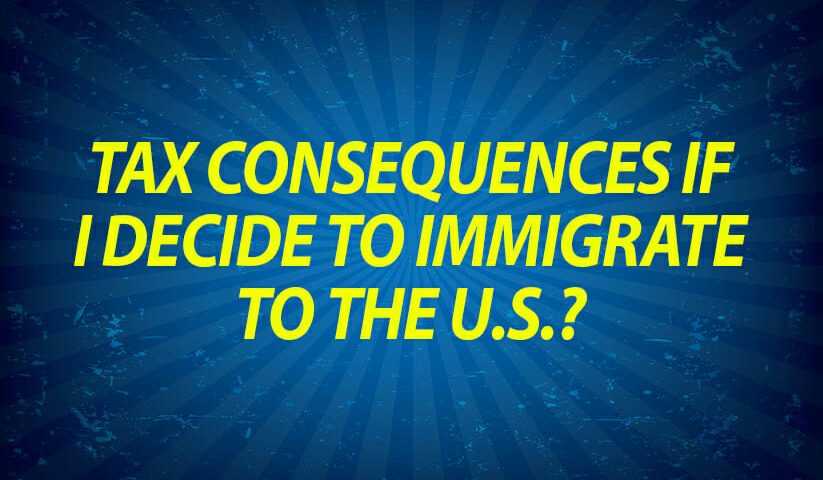 Income Taxes. A permanent resident is deemed to be an income tax resident of the United States for as long as the green card is issued, even prior to one’s actual presence in the United States. Effectively, what this means is that all of the permanent resident’s worldwide income becomes subject to U.S. income tax—even on assets earned and held entirely outside the U.S. prior to immigrating to the U.S.

This is a surprising result for many individuals seeking to immigrate to the United States. Because the foreign national is usually a citizen of one or more other countries, he or she may become subject to double or triple taxation. However, the certain treatise and U.S. Foreign Tax Credit (discussed in detail in another Q&A) help to alleviate this burden. Even so, advanced tax planning should be employed to minimize these effects of immigration.

Transfer Taxes. Much less intuitive and often surprising to the permanent resident is the applicability of U.S. transfer taxes. These are the taxes that occur upon one’s death, or upon one’s transfer of assets by gift to beneficiaries (gift tax) or to, for example, grandchildren (generation-skipping tax).

Once deemed to be domiciled in the U.S., the foreign national becomes subject to this transfer tax system. Essentially, he or she will face taxes upon the gratuitous transfer of assets to their spouse, children, grandchildren and others. Generally speaking, the same rates of taxation, exemptions, and deductions as a U.S. citizen will apply. Importantly, the unlimited martial deduction, which allows one to transfer an unlimited number of assets to one’s spouse tax free, does not apply if the transferee spouse is a non-U.S. citizen. However, an estate planner may be able to help structure things so to preclude taxation upon those transfers if the transferee spouse is a non-U.S. citizen.

Tax consequences if I decide to immigrate to the U.S.? was last modified: March 21st, 2018 by David Klasing